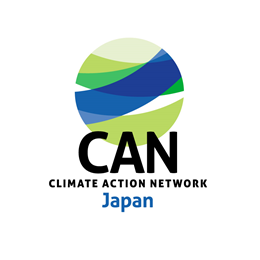 His Excellency Sinzo Abe, the Prime Minister of Japan

On behalf of Climate Action Network Japan (CAN-Japan), we would like to offer our sincere congratulations on the near-finalization of the 2030 Agenda for Sustainable Development following many months of intense negotiations.

As part of a worldwide network of over 950 Non-Governmental Organizations in nearly 100 countries working to promote action to limit human-induced climate change to ecologically sustainable levels, we would like to highlight the importance of shifting to implementation of the SDGs, in order to achieve climate-resilient sustainable development, and to provide a strong political signal for a successful outcome at UNFCCC COP 21 in Paris this December.

CAN-Japan would like to ask the Government of Japan to give prominence in its Head of State speech at UNGA in September 2015 to the need for integrating climate action into national policy frameworks, including through the development and adoption of national plans towards phasing out fossil fuel emissions and adopting a pathway towards 100 % renewable energy.

In order to ensure that COP 21 in Paris provides the political and economic signal for countries to be able to achieve the SDGs, Japan should take the opportunity to highlight the imperative of adopting a coherent long-term vision for climate mitigation, adaptation, and means of implementation in the 2015 Paris Agreement. Key elements we encourage you to highlight include:

This global vision for achieving a low-carbon and climate resilient future should be complemented by urgent near-term action, such as a bridging of the pre-2020 emission gap, and provision of a clear roadmap by developed countries on how they will deliver on their commitment to mobilize $100 billion annually of climate financing by 2020.

The Intended Nationally Determined Contributions announced over the course of this year also play a crucial role in putting countries on a sustainable development pathway. However, let me reiterate our deep concern in regard to the INDC submitted by Japan in July. Japan’s climate target described in its INDC, that is to reduce greenhouse gas emissions by 26% compared to 2013 levels, leaves much to be improved in terms of consistency with 2/1.5 degrees target and fairness among countries in the world.

We trust that your speech in New York this September will both highlight the actions taken by Japan to combat climate change and set out a clear vision for a climate change proof future for all.